A talented web designer likes to smartly use typography to explore the interaction with which the websites appear to be more captivating. A fine line drawn between visual language and verbal language conveys the overall message of a page. However, typography is more important as a visual effect than even the concept in some cases. In professional web designing, verbal language is represented by the text itself. The typography causes the visual attractiveness. Professionals working to create pleasing designs should be familiar with these 10 typographical terms to confront or avoid any unwanted surprises.

Tracking is also said to function as letter spacing. The term is used to refer the quantity of space between a group of letters that affect the density in a wedge of text. The overall density and texture of the letter-spacing are scaled by typography tracking.

This is a graphical representation of the text including typeface, color, weight or design. In earlier times the distinction between font, face, and family was very little but now, with more width and style of a typeface, this typography has been scalable.  Font and face are still used interchangeably as both the terms refer to more or less same meaning.

The point type id referred to the content’s size. It is the imaginative area that circumscribes each character in a font. The typeface with a large print size is used by the web designers to highlight the area of the content.

A glyph is the smallest portion of a font that has any meaning. These include letters, punctuations, numerals and other characters.

Color functions to provide the average blackness of a chunk of text. The relative thickness that makes up the character in a font, as well as the span, and leading is used for setting the text block.

Contrast indicates the breach between the thicker and the thinner parts of characters in the typography.

Leading is the distance between the baselines of successive type lines. The term originated from the days of hard-typing. The term is still used by web designers and in the modern we designing software. The concept is also referred to as ‘line spacing’ or ‘interline spacing’. It creates the balance of reading comfort with aesthetics for the viewers.

Kerning is the horizontal space between a pair of individual letters. It is used to correct the spacing issue in certain letter combination such as “AV”. Well, spaced alphabets need lesser kerning pairs. A web designer creates fonts with proper kerning to assure even space without open gaps in between any two characters.

Alignment helps the design to form texts close to either right or left margin of the website. This opens the opportunity to the web designer for playing a bit creatively with the content.

Justification describes the alignment where the text maintains equal distance from both left and right margins. The justified text is a well formatting choice for web designers to create a site with a nice aesthetics.

Texts alone cannot be the conveyor of the message alone as they need artistic interpretation for being appealing to the viewers. The appropriate example of typographic relevance for the web designers is the subject of brand recognition. The colors associated, the font and the text all blend together in order to create a distinctive brand unique in every aspect. 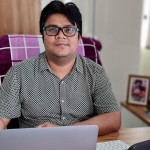 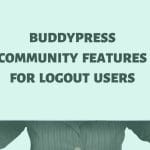 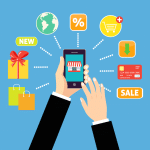 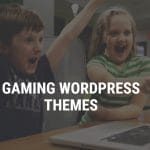 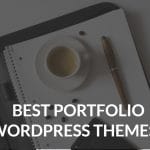 You can easily setup sidebar on any page you want on left or right side. Just like you need!

Sidebars can be setup not only for pages. You can also setup sidebars for any section you want.